Hi there,
I'm desperately researching 2 or 3 pieces of the following and aforementioned lam posts:

I am also looking for informations if there are French towns, preferrably in the Provence/Alpes Marittimes/Franche Comte/Alsace, that are still mounting these type of fixtures, so I can contact the respective majors and ask if they are willing to sell/gift some of them.

My town in Italy, inadvertently scrapped them even if they had promised them to me, and the entire collection of the lamp posts of my town lacks these 3 types.

It is OK also if someone wants to sell their if there are any spares.

Just every information counts for me to try to find these 3 types.

PHILIPS SGS 201/80 is a rare lantern in France. I even could have said « very rare ». The best way is in « Calvados » (14) department.
PHILIPS SDP-253 does not exist in France. I didn't know that there were some of these in Italy.
PHILIPS Marina, your best chances are in the « Ain » (01) department I guess. I think that you would mean « Provence Alpes Côte d'Azur »... there are some Marina in Arles (13) but they are mainly Marina 11.

You also can have a look in https://www.leboncoin.fr by searching « luminaire de rue », « lampe de rue », « éclairage public », etc…

Thanks for the reply.

About SGS201: From what I read, there were similarities between SGS201 and Marbella9/SGS201. Does that mean that they had different moulds, or just the reflector/spigot? From pictures I saw, they were really very similar.

PHILIPS SGS 201 / 80 and PHILIPS Marbella 9 are similar, but they reaal are different : 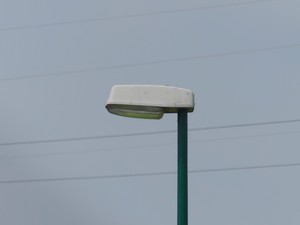 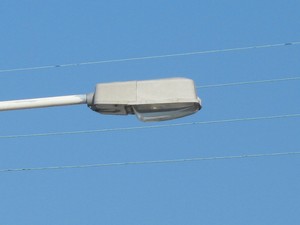 The name Marbella was only used in France so far I know.

About SDP-253, there are some of these in the Netherlands, and maybe in Germany. I have never seen them neither in France nor in Belgium.

About PHILIPS Marina, I have only seen Marina 10 in Italy. Have you ever seen some biggest sizes ?

SGS201 (old): They are indeed different, I didn't notice that untill the photo comparison up above. Do you have other informations about SGS201 (old) in nearby regions? Germany? Netherlands? United Kingdom? Or maybe even some forums or people contacts who might help me?

SDP253: Maybe in England even? Or have they all been replaced?

Marina10: this thing is tricky. The only Marina 10 I saw, was 8 pieces in my town. When I started this project of rescuing some lanterns from scrapping, they had already been brought down (in 2008, when they switched from "in series supply" to "phase derivation supply". These 8 pieces were the only HPS lanterns attached to that transformer room, the other streets had Neon and were all replaced by Philips SGS253 Iridium.
When I asked the company responsible for public illumination, noone was able to really explain why there were only 8 Marina10, mounted on in a period where the same company was installing SGS203-204 and SL100 in all the city suburbs.
The only thing that was suggested was that the street might have been "private" and the public lighting was privately administrated untill maybe the owners sold it to the city.
This way they might have been free to install whatever lantern they liked untill the company took over it and replaced them.
Other than that, I do not recall seeing Marina10 lanterns in other places.

Here in Italy, I believe we can sub-divide public lighting in 2 halves: HPS and HPM (LPS and HID have been seldom used and are not that common except for the first one, in industrial, mostly private, areas)
HPS is mainly used in big or medium-sized cities, where Pollice Universo 3, or some Disano branded products (mainly Giovi) are the most common types of lantern (SL100 and SGS203 are not that common)
HPM has been extensively used since the 1960s and is still present today in all smaller towns or villages, where not replaced by SAP because of lantern failure.
In this range, Fidenza Vetraria and Zerbetto Illuminazione are the most common type of lanterns.

In 2016, CONSIP (a ministerial owned society whose aims are to purchase and provide goods to public administrations) made a call for bids named "Luce 3" (which translates to "Light 3") whose aim was to provide the name of a company for cities and villages to replace and upgrade public illumination and provide maintenance services for as many years as needed to re-pay the initial company investment. Basically this company replaces all lanterns with LED ones, carries on the maintenance for some years against an annual fee paid by that city/village.
The company that won the bid is CITELUM (a subsidiary owned by the French EDF).
As of March 2018, many big cities and many smaller ones and villages subscribed "Luce 3" and so loads of SAP/HPM and, in lesser number LPS/HID will be replaced in the years 2018-2020.
I've been fortunate enough to encounter on my way some really sympathetic people that in 3 times allowed me to rescue, and recover from scrapping many types of lanterns, but as always, you can't get 100% out of anything and so I was left nothing else to do than to perform some researches on the internet to be able to find what I was unable to recover. (fortunetely only these 2 types are missing)

Anyway I put a request for Marina10 just because I had the other 2 lanterns to ask informations for, but Marina10 are just a low priority as SDP253 and SGS201 (old) are much more important to me, since there were more of them and, most important, I have also a personal deep link with those lanterns, since they mean a lot to me (they were installed in places I spent many times in, going to visit my two grand-mothers, as a child).

Hi. Just succeeded to register. It was all in French ;-(
The SGS201 80w is a mercury lamp, right?
I have loads of them, but they are used. Are you searching for new one(s) or used ones?
Br
John (john_madsen@live.dk)

Thank you for the proposition, I think that Gabry should be interested (and I remember of all of them in Denmark).

The most important thing is that it is the old lantern type and not the new 201.