Today I've been given a small fixture of unknown origin.

As in the pictures, I don't know the producer and on the reflector there is the signature B.T.E. S.G.D.G. which takes me to France but with a little research on the Internet, I found that S.G.D.G. might be only the foundry where the reflector might have been casted and not the producer.

Looking in the database, it is very similar to EPA or SOL MAZDA models, but there are some little particulars that are not matching.

There is no inside sticker about the producer, only the wiring scheme which if it was MAZDA would have been written in French, but the sticker language is in Italian (it basically depicts the wiring scheme and states that it is Without Photocell).

Hi,
No. Not Mazda. Their optics were differents.

It's similar than some ECLATEC reflectors like you can see there :

But I'm not sure your model was produced by ECLATEC.
In the past that reflector shape for this kind of lamp was very common.
_________________
Eclairage Public - Portail
http://eclairagepublic.eu/site/ 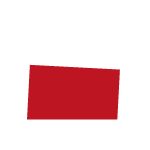 This is an ECLATEC luminaire for sure, but I have not ever seen this one in France. This should be a SOLDI & SCATI luminaire, produced when the company was a part of ECLATEC group.

I have seen (and pictured) this luminaire only one time, have a look. It as at Pecetto Torinese, near Torino.

The meaning of SGDG is : Sans garantie du gouvernement
https://fr.wikipedia.org/wiki/Sans_garantie_du_gouvernement

This was mainly used during 50's and 60's in France, and this meant that the model was patented but that the French Government did not assume any responsibility for the proper functioning of the product.

So maybe it was an ECLATEC optics integrated inside a SOLDI & SCATI fixture.

I didn't know about the SGDG definition! Thanks for the information.

What is strange, is that stickers made by SOLDI E SCATI (or, at least, the stickers I have on my lanterns) are really durable and on every single one I can read the lantern code.

This one is an exception since there is no trace of such stickers which should have been glued where the blue sticker is.

Where I live, we still have 4 of these lanterns mounted. I will get noticed if they are replaced and should be given them after LED are installed.
In that occasion I will inspect every single one to look for a sticker.

As for now thanks for the informations, I will put this in the Soldi & Scati part of my list waiting for further investigations to come into play.

About SOLDI E SCATI, I don't know when they have been founded. I know that it was a Milanese company which was a 100% ECLATEC brand in the 70's, but links between ECLATEC and SOLDI E SCATI should have begin from early 60's and even before. I don't really know what happened in 80's, but in 1994, they have been taken over by CARIBONI :

And I can also say that RAGNI acquired some right about SOLDI E SCATI luminaires around 1990, and that RAGNI has an agreement (partnership) with GRECHI, and each company (RAGNI / GRECHI) distributed some products of its partner. Then, some SOLDI E SCATI products have actually been commercialised by... GRECHI. Yes, this is a little bit complicated !

The following to confirm that this is a SOLDI E SCATI product and is named MIR-64 as the ECLATEC version.
Here you find the stickers I found in the last 4 fixtures after they've been upgraded. They all share the date of installation: 1978.